By Kara AdamsOctober 9, 2019No Comments 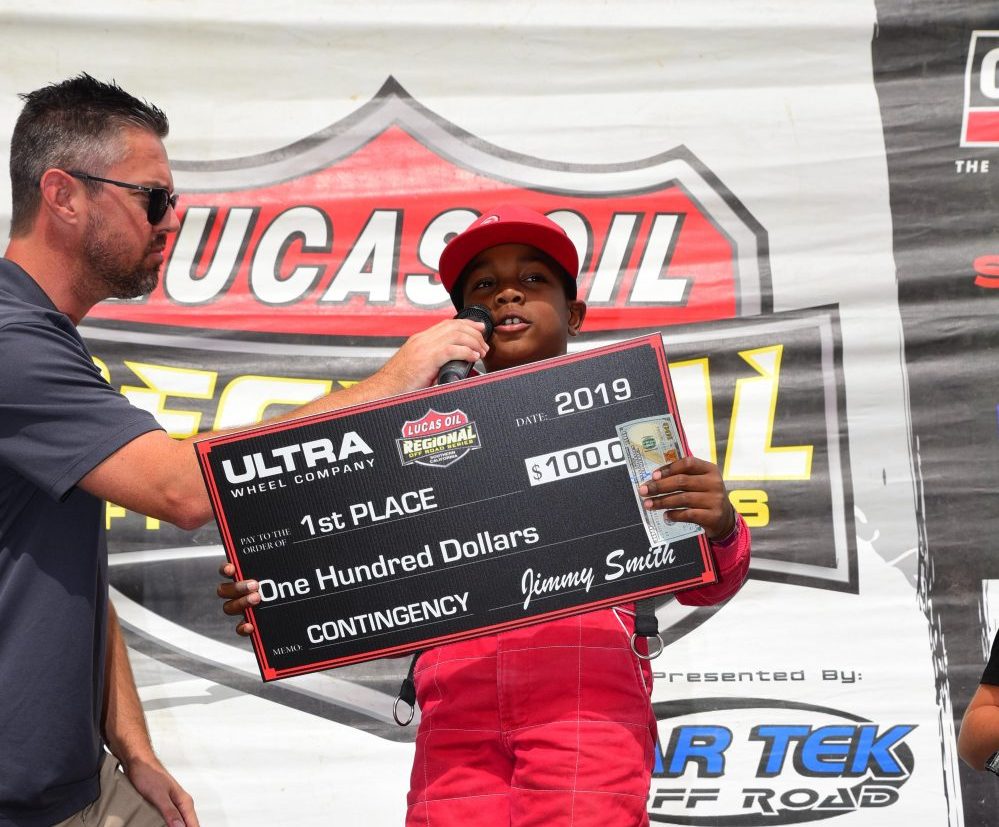 The Lucas Oil Off Road Regional Racing Series brought racers to Victorville from all over California, Arizona, Nevada, Utah, Texas, Wisconsin, and Oklahoma for the September 21st & 22nd race weekend. The event had an impressive 133 entries and a spectator count of 1268. Competitor’s started at five years old and went up to 67 years of age. One of the participants was So Cal’s very own Truly Adams, who at eight years old won his first AM Ortega J1 Karting Race. The young driver qualified 4th out of a field of 21 drivers and started in the second row for the main event. Adams comes from a long racing lineage, his father Troy Adams is a one-time NASCAR driver and world renowned driver development coach. Troy trains drivers in multiple racing disciplines which includes karting, off-road, legend cars, rallycross, and NASCAR. His students include Brian & Hailie Deegan, Cole Keatts, and Ricky Gutierrez to name a few. So, it only seems right that his son follows in his footsteps. Troy said early on “My son will never race” when Truly was still in diapers.

Truly started his racing career at two years old on his father’s lap at Adams Motorsports Park. The racing facility has been family owned and operated for nearly 60 years. Offering go kart lessons, practice, and racing for motorsport enthusiasts.

“It’s amazing to be a part of such a close nit racing community. The Lucas Oil Off Road regional racing team puts on well-organized races. I feel privileged to watch my son race while also coaching up incoming drivers in the sport. It’s rewarding to work with drivers who are at the top of their game as well as those, like my son, who are just starting out. We are all excited to see how Truly will develop in the coming years.”